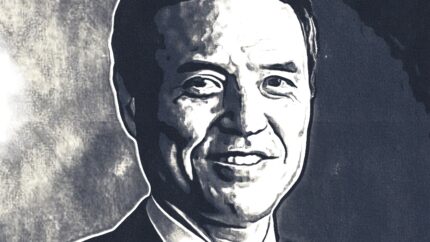 Tak is one of the most widely recognized business executives in Japan, as CEO of Suntory Holdings, first established 122 years ago to introduce western “fortified wine” into Japan, and since has evolved into one of the world’s leading beverage companies with operations throughout the Americas, Europe, Asia, Oceania and Africa. They are distillers of the widely acclaimed whisky, Yamazaki, Hibiki and Hakushu as well as iconic American spirits Jim Beam and Maker’s Mark.

Tak also plays an important role in public service as a member of the Council on Social Security Reform for All Generations and has served on the Council on Economic and Fiscal Policy as senior economic advisor to the Prime Minister since 2014.

Unlike a typical CEO of a large Japanese corporation who worked up through the ranks to the top position, Tak started his career at Mitsubishi Corporation, but when he was 36, he started a venture (that was financed by Mitsubishi), and then became CEO of Lawson, which he grew into one of Asia’s major convenience store operators, posting profit growth for 12 consecutive years and quadrupling its market capitalization during his tenure.

Obviously, a very very busy man on the go, he could not wait for 20, 30 years at the same company to climb up the corporate ladder.  He says that under the seniority system in a large Japanese corporation, like Mitsubishi, one’s destiny is determined by who will be your boss.  But he wanted to lead a different path.

Taking risk when you are young doesn’t mean anything, says Tak.  The downside is limited, and you don’t lose much.  In addition, he himself found that facing difficulties allows you to grow.

Tak stressed that he wanted to be valued by the market, rather than just the value within a large corporation like Mitsubishi Corporation.  Outside the organization, he found many talented people, and he wanted to engage with them.  Tak couldn’t wait.

Compared to his days, the younger generations today have more opportunity, and more passion for risk taking.  If there is a chance to take opportunity, then take it, Tak urged.

If you go into something that is new, then you can learn.  You can connect with lots of people.  As long as you learn, it is not a failure.

However, many young people these days are questioning capitalism and growth.

Tak felt that Eiichi Shibusawa has the answer.  He is known as “the Father of Japanese Capitalism,” involved in the establishment of about 500 companies and 600 social and educational organizations during the Meiji to Taisho period, when Japan emerged from a feudal state about 150 years ago into a modern economic society.

“I like Rongo and Soroban (Analects of Confucius and Abacus),” says Tak.  Eiichi Shibusawa championed the principles of harmonizing virtue and business.

Tak felt that innovation needed greed, but it has to be “good” greed.  Good greed is making money with sustainable business.  A business is only sustainable if it is appreciated by the society.

One needs greed to explore opportunity for business, and long-term greed is good.   Good economy should be sustainable for many years, not just short-term.

Tak does not find the “golden mean” to be very attractive.  Being at the center between greed and ethics in not a very interesting place to be.  Greed and ethics should not be separate, but together, declared Tak.

Tak’s gut reaction to the Japanese government’s announcement to be carbon neutral by 2050 was “wonderful.”  Even though Japan was the 123th country in the world to make such a declaration, nothing is too late, he says.

But Tak notes that the important part is achieving that target.  Just saying it, is nothing. Therefore, Japan needs to set milestones, and get started right away, he urged, since it is a great chance to grow, for a “good” economy.

Suntory’s goal is to be carbon neutral across its entire value chain by 2050, and reduce 25% from present level by 2030 in Scope 1 and 2.  Because Suntory’s three pillars of business is alcoholic beverages, non-alcoholic beverages, and nutrition product, they have a big challenge regarding container plastics. Tak stressed that there has to be a shift to sustainable resources.

However, the key issue is what to do with their suppliers.  Suntory’s target for their suppliers is to reduce CO2 by 20% by 2030.  Some suppliers have capabilities, but many do not have the capability or technology to achieve this goal.

Suntory will work together with their suppliers in order to achieve this goal, but Tak fears that he may have to slash some suppliers. In the end, the consumer will judge what is good or bad.

On the topic of diversity in the Japanese society, out of maximum point of 5, Tak felt Japan was at 2.5.  Which means, there is huge potential, and lots of upside.

Tak stressed that innovation needs diversity.  When he was CEO at Lawson, he implemented gender and national diversity.  At first there were substantial costs to absorb the diversity.  “It was chaos,” says Tak.

Tak believes that the CEO has to be patient to see results from diversity.  Diversity is critically essential, but many Japanese corporates doesn’t get it yet, and are moving along very gradually, notes Tak.

Suntory has been building an inhouse pipeline of women for management positions. But, in general, compared to the rest of the world, Japanese corporations are lagging in diversity, and the world is moving much faster.

Diversity is prerequisite for innovation, so there are lots of initiatives being undertaken in Japan.  However, the world is much faster.  This is a crisis, warns Tak.

Tak notes that even in ASEAN countries, women CEOs are doing big business. Seeing Japan from the outside is important, and Tak stresses that more CEOs should join global business associations.

Yet, people outside of Japan, appreciate Japan’s “soft power.”  “They love Japan. I can’t explain what it is, something is here that is attractive,” declares Tak.

Tak feels that perhaps this soft power is a sense for sustainability.  Japan is surrounded by nature, and there is a passion for preserving it.

Western ethos seems to be about conquering nature, whereas in Japan, we tend to co-habit with nature.  Of course, back in 1970s, Japan destroyed lots of nature for the sake of growth.  But there were lots of re-thinking, and our rivers are much cleaner now then compared to the past.

But, Japan has to be better in expressing these values, to communicate with abroad.

Tak closes the conversation by saying, “Come visit us, after Corona. Let’s find what soft power that Japan can offer.”

More from this show 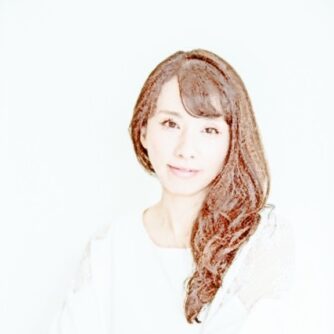 Mihoko Kashiwakura: An Angry Little Girl Grows Up to Alleviate Poverty in Our World